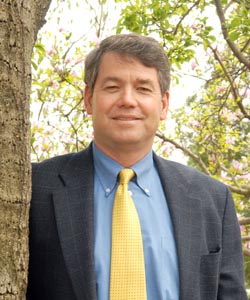 Dr. Robert Lyons is presently the Program Director for the Longwood Graduate Program in Public Horticulture and Professor of Landscape Horticulture at the University of Delaware. He has taught courses in herbaceous plant materials, their diversity, and use in the landscape while on the faculty of Virginia Tech, North Carolina State University, and the University of Delaware. He co-founded and became the first Director of the Virginia Tech Horticulture Gardens during his tenure from 1981 to 1998. In 1999, he became Director of the JC Raulston Arboretum at NC State where he remained through 2004. He assumed his present position at the University of Delaware in association with Longwood Gardens in 2005 in a Program that trains graduate students to enter leadership positions at botanical gardens, arboreta, and other institutions within the field of public horticulture.

His numerous awards include:

He has been a photographer for over 25 years and has published widely in homeowner, commercial, and educational publications (print and electronic); he has exhibited and lectured nationally about horticultural photography, and has received awards from the Garden Writers Association of America for both his photography and writings.